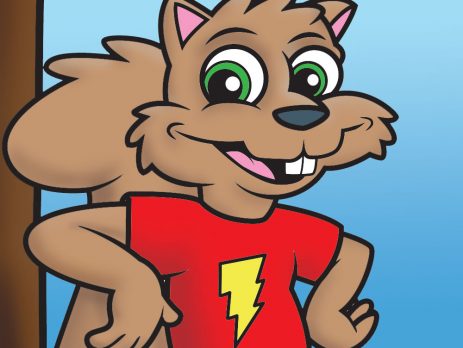 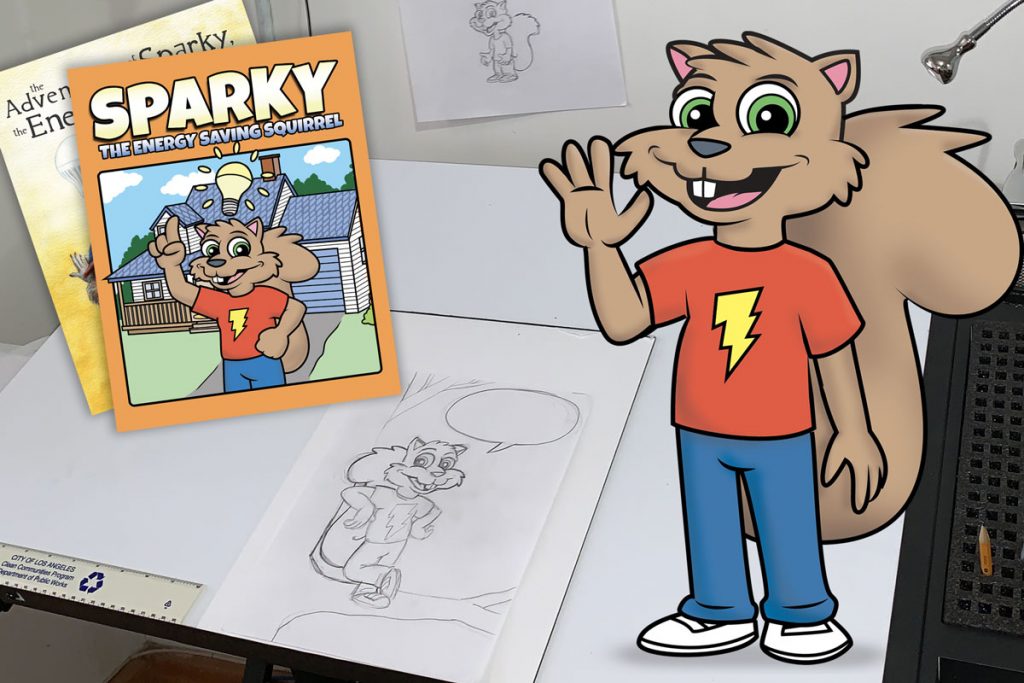 When I first started at Project Energy Savers in 2011, The Adventures of Sparky, the Energy Saving Squirrel was the only coloring book that we offered. Sparky was a teenage squirrel who narrated a tour of an average American home and taught kids practical ways that they could save energy around the house. Over the next 9 years I designed and illustrated lots of educational materials, but we never worked on a general energy saving coloring book, because Sparky had it covered. Well, this year we finally decided to update the little guy, and give him a make over for the new decade. Sparky is ready for another 10 years or more, and here is how we did it:

The first attempt at a redesign kept the adolescent look, but we quickly decided to make the new Sparky a bit younger and cuter. We felt that turning Sparky into a kid would make him a bit more relatable to the young energy savers and artists reading his book. 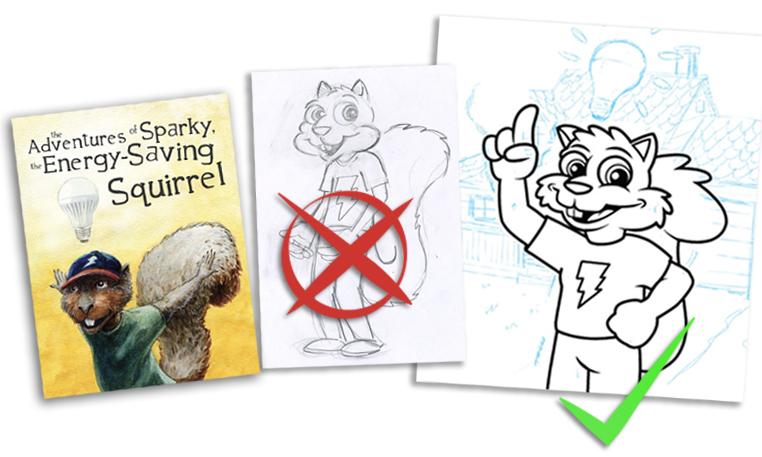 Once we had a new version of Sparky that we felt good about we began the task of re-writing the book and creating new illustrations. The content of the book is very similar to the original, as many of the tried and true energy saving tips for kids that were useful 10 year ago are still applicable today. We did add a few new games and tips, and then we went back to the drawing board. The illustrations were drawn by hand and then inked and colored digitally. Below you can see a time-lapse video of the cover of the book coming together:

After that we sent it off to our translator to create a Spanish speaking version of Sparky. 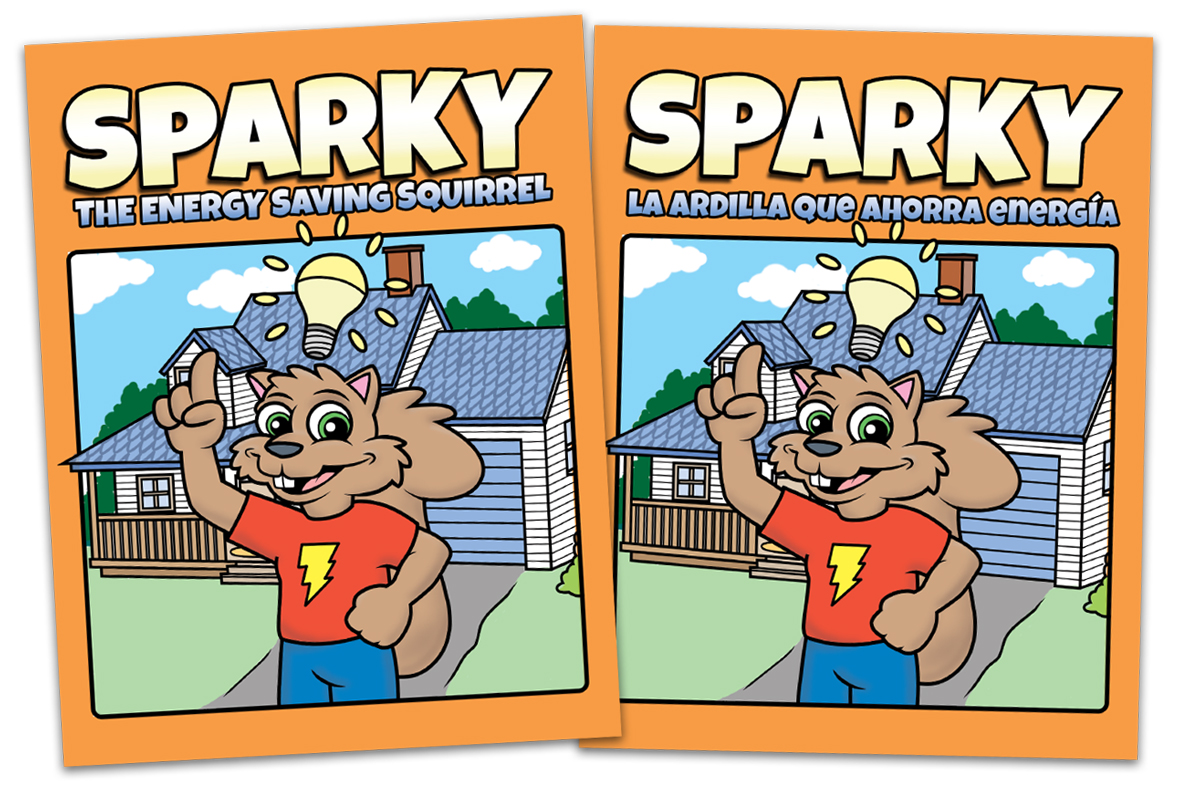 The only thing left to do was send it off to the printer. If you would like to see how the full book came out, click here to download the .pdf or to request a sample!